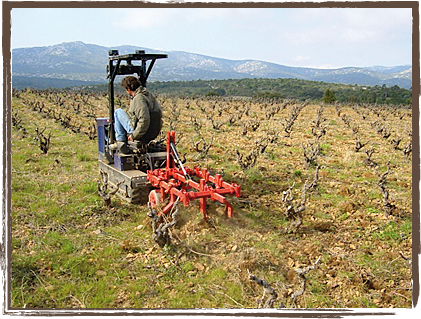 Vintages follow one another but all are different. 2002 will remain in our memory as a difficult vintage: with cloudy skies throughout the harvest, which began late as opposed to 2001. We had memorable skies, but also many questions and hesitations, and considered it our first difficult vintage. In hindsight, it was exciting and a good learning experience.

The need to respect our old vines encouraged us buy a hydrostatic tool with caterpillar tracks which enabled us to plough virtually everywhere. It was crucial that year to help evacuated deep water from the freshly ploughed soil. During fall, the seven permanent staff spent time carefully checking out the 15 hectares (37 acres) under production and tended the vines until… October 28.

The wines were magnificent, ripe and fresh, but revealed their explosive qualities during the aging process. The cooling unit we acquired allowed us to stop pumping water from the wash-house. It was the end of an era.