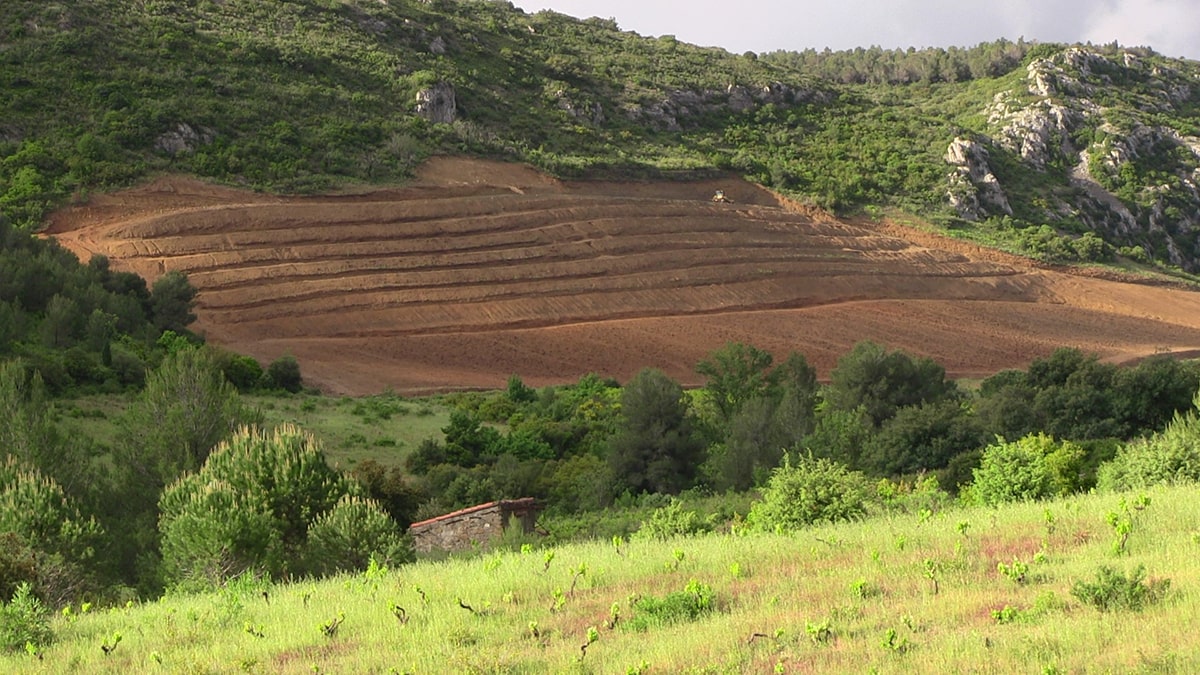 A terrible winter. Cold, grey. Three huge downpours of rain, two months apart, compromised our plans to plant the vines. We started rehabilitating an extreme hillside and made the questionable decision to plant it with pinot noir grapes… We cleared it, tore the old vines out, everything got washed away three times but the water showed us the way and we had to follow its steps. I was both full of hope and full of fear because I knew that, in ten years time, there might be a chance we would have to tear everything out again if it didn’t produce any results.

An icy Spring. Historical run-out on the grenache, especially on the later flowering plots up at 400 meters, which needed to be pruned later on. The conditions were then perfect except for the ones that neglected the famous “cuivre du quinze août” which stopped the mosaic mildew from growing and enabled the picking to start when the grapes reached optimum ripeness. Fifteen days late on the harvest, it was completed on 28th October, time when previous generations would stop.

A great vintage, glorious in Languedoc-Roussillon where the best French wines are made. We made the decision to bottle up an insane amount of jeroboams for future generations. A precise Clos des Fées, a wonderful Carignan, which will balance out the lack of Grenache. Charming right from the start with notes of black pepper, spices and raspberry jam, its liquorice finish complex most likely due to the cold September month.