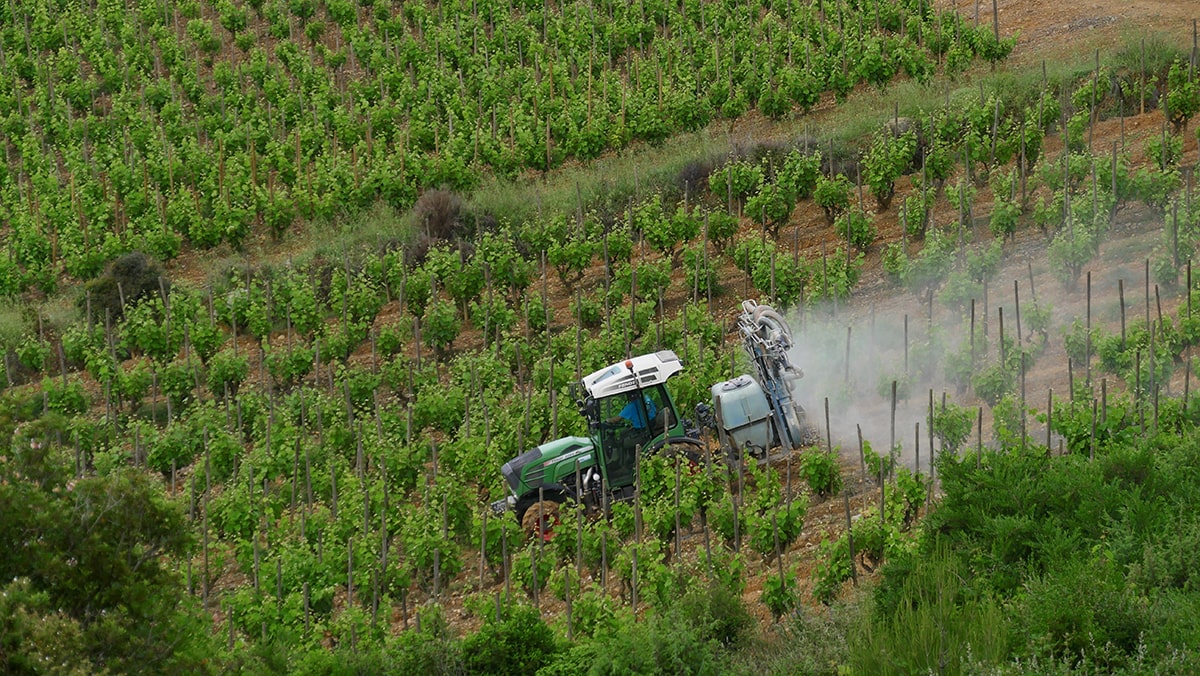 Our smallest harvest in volume since the regional council started recording numbers. A mild Autumn, a dry Winter, it barely rained in Spring and the grapes, although used to the semi-arid climate we have in Roussillon, prepared themselves for Summer, as if they had been “warned”: a weak growth and few leaves to avoid evapotranspiration. General run-out on Grenache following a heatwave while it blossomed. Less than 400ml for the whole year, it must have been the driest in the entire country that year.

A lot of energy, a lot of work, a lot of thinking done to adapt all year long: suited organic amendments, strengthening in trace element with a foliar fertilizer after examination of the petioles, a lot of light ploughing to bring air into the surface and create a ten centimeter zone which would use air as an insulator, in the same way I had seen people do it in Sicily.

Fast harvest, small grapes of course but full of sunshine; tanks only half-full but intense and delicious fruit. After six months of ageing and a tight selection, we had to admit that this was the smallest Clos des Fées crop. But I was very happy about the powerful blend, which turned out to be silky, sappy, deep and airy.