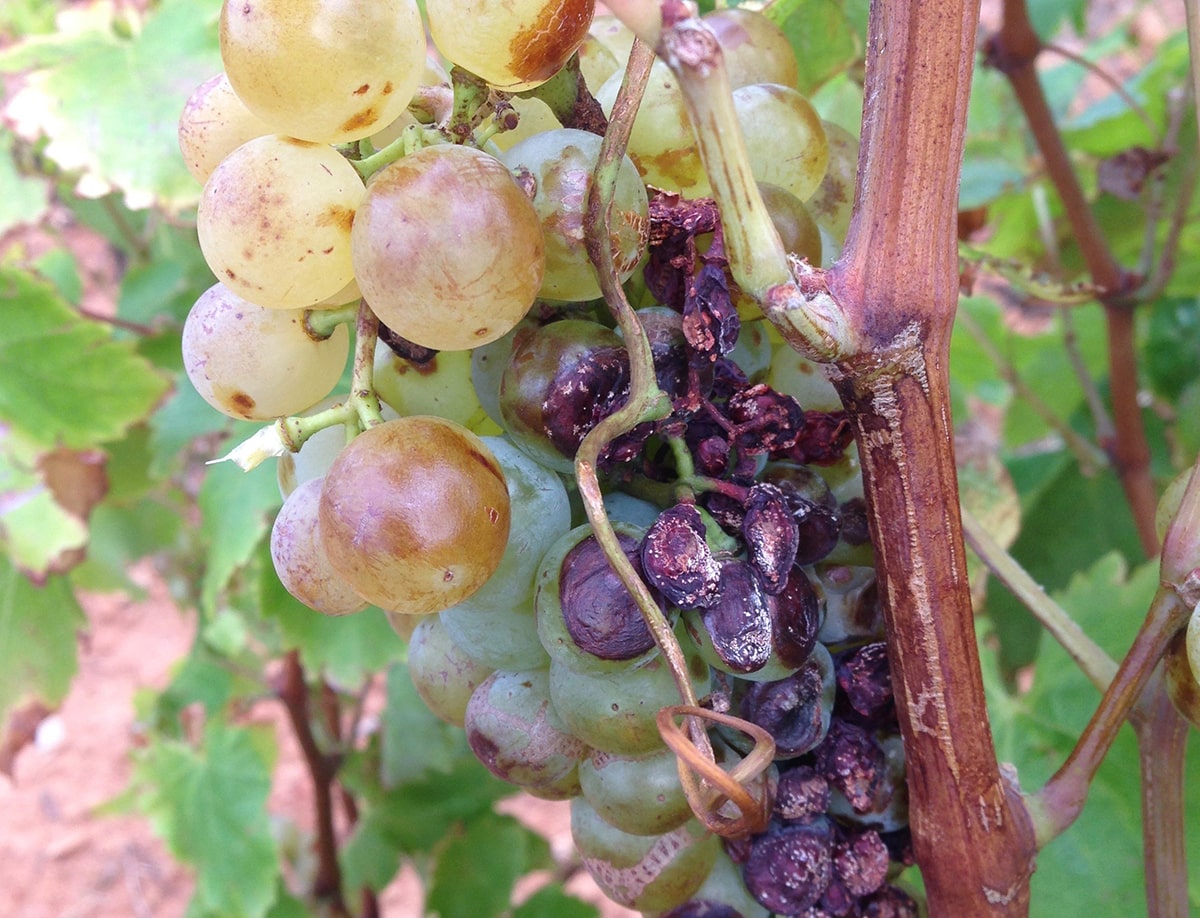 A cold, wet and late Spring. Nice buds pushing through, especially the grenache which blossomed really beautifully. It was hot in the Summer, but not scorching, and there was a permanent breeze which alternated between feeling very soft and very aggressive. We sprayed the vines in a very short timeframe, and it felt like the gods were punishing us by only making us care for them in the evening weekends. The plots were successfully harvested in perfect conditions but late, until they reached optimum maturity. We took a break to undergo the traditional “pre harvest grooming”, where every single grape is carefully inspected.

But then the Drosophilia Suzuki arrived… In only a matter of days, generation after generation, this destructive bug took over the entire region. “It’s coming down” became the motto. Only a handful of people admitted that year that the end of the harvesting season wasn’t decided by men but by a tiny little insect whose serrated rostrum enabled it to sting even healthy grapes. Thankfully we only had a dozen hectares left to harvest. We urgently asked all the olive pickers to focus on the vines. About thirty people were sorting out the grapes as they were still attached to the vines, getting rid of every single sick one. Right behind them was a team of pickers who cut what was left. Two hectares were not harvested. Clos des Fées is a rich wine with vibrant tannins. For a Petite Sibérie trimmed to last, its texture was incredible and its fruit astonishing.