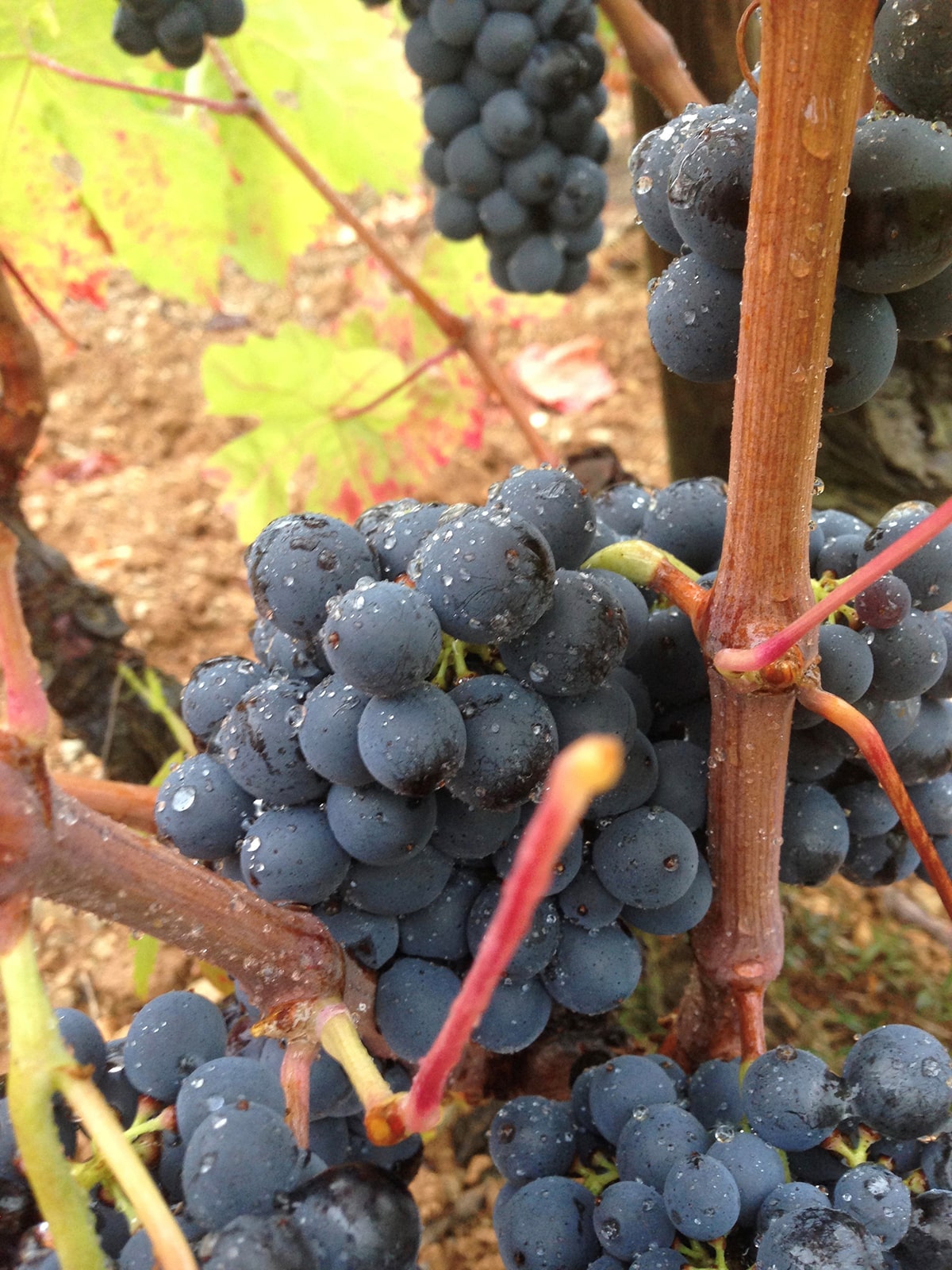 The powdery mildew year. Some people around here think it doesn’t exist. Climate has changed, rainy years are a thing of the past that old people talk about but no one listens to them. The problem with mildew is that, when you see it, it’s already too late.

Serge is no fool. He’s from the Rhône area and around there, people know it can destroy everything. The disease is “modelled”. Depending on each downpour of rain and temperatures, they know it’s coming.

Coincidentally at the end of winter, a journalist friend of mine told me to read this old book from 1930, How to fight powdery mildew on grape vines by Joseph Capus. I bought it, read it and followed the instructions: first spray the soil in infinitesimal amounts, and do it again after each downpour of rain or after each plowing. A year of battling, grateful to the weather after fifteen days when we were able to treat the soil with copper while in the rain, before it got completely soaked.

Six months of extreme drought followed. Neverending harvest until October 17th, the date when nature finally puts an end to it with a storm and 100mm of rain in a few hours – but the water turns out to be beneficial. Clos des Fées 2018 is particularly aromatic, and the only issue of its staggering balance would be to come after 2017 which was a real diamond. Time will decide.